Take a good look at that lime green hornet pictured above, because it may just herald the dawn of a new era in Ugandan transportation. Known as the Kiira EV, this plug-in was designed by students at Makerere University in Uganda, where electric cars, as you might imagine, are something of a rare commodity. In fact, local media outlets are heralding the Kiira as the first EV ever produced within the central African country, and it's not too shabby, either. On Tuesday, after nearly three years of development, the two-seater successfully completed its first test run, reaching a top speed of 65 kilometers per hour and nimbly making its way up a 55-degree incline. According to Paul Isaac Musasizi, who oversaw the project, the Kiira is capable of maxing out at a speed of 150 kilometers per hour, and can run for up to 80 kilometers on a single charge. Aside from its steering wheel and other accessories, every other component was designed and constructed domestically.


Perhaps more important than the Kiira EV's specs, however, is what it symbolizes for Uganda. "When we started the project, we wanted to demonstrate that Uganda has as good talent as that in the US or Germany," Musasizi told Uganda's Daily Monitor. "Now that this is over, we expect and want it to be taken up." It remains to be seen whether the Kiira actually enters production anytime soon, but Musasizi says his team is already working on a 28-seat EV for public transportation, underscoring their commitment to bringing green technology to their country. Hum past the break to see video of the momentous occasion, along with coverage from Uganda's NTV.

Africa's Answer to the iPad: Elikia


Vérone Mankou is the 26 year old entrepreneur behind the African designed Way-C tablet computer. The tablet was launched earlier this year and attracted significant media attention. Mankou’s company VMK, which is based in the Republic of the Congo, this month also unveiled its first smartphone. How we made it in Africa asked Mankou about the business and how his company competes with the likes of Apple and Samsung. 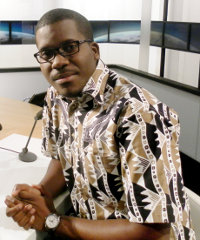 Why did VMK decide to launch the Way-C tablet?


The project began in 2006. I was working at an internet service provider (ISP) and wanted to design a cheap computer to give access to internet for more people. After one year, when Steve jobs unveiled the first iPhone, I changed my plan and the project became the “big iPhone”, meaning a tablet.

Earlier this month VMK also introduced its first smartphone, just days before the launch of the iPhone 5. Why enter the smartphone market?

You know, when I was working on the tablet, I noticed that the biggest difference between a tablet and a smartphone is the screen size. After we launched the tablet we decided to work on a smartphone project, and now the project is finished. It’s a Android phone called the Elikia (which means “hope”).

Your products are designed in Africa, but assembled in China. Tell us a bit more about the design and manufacturing process.

You know it’s like building a house. Firstly you have an architect who draws the house and after you have the workers who will build that house using the plans of the architect, but the architect need to be there every time to check if everything is okay. And for the designing of a tech product, it’s the same.

You mentioned in a previous interview that you will roll out 3G enabled tablets.

The first version of the tablet was Wi-Fi only, and many people didn’t like this. They asked us to develop a 3G tablet, so now we are working on a 3G tablet that we will launch in the beginning of next year. 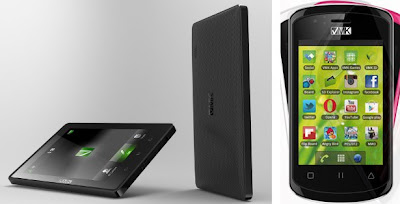 How do you compete with multinational tablet manufacturers such as Apple and Samsung?

For me Apple and Samsung are not interesting in Africa, because their cost is so high. My goal is to put a tablet in the hands of all Africans, their goal is just to make money. It’s different.

VMK has also launched a market place for African-focused apps. Tell us more about this.

I noticed that in Android Market, now called Play Store, more than 99% of apps are not developed in Africa and/or are not developed for Africa. When you search African content, it’s hard to find good ones. We decided to launch our own marketplace to help us promote African content. And for the smartphone Elikia we decided to launch a new version of our market, called VMK Market, with the possibility to buy apps via our gift card, called VMK Market Card. So now we are developing a real environment (including devices, content and monetisation) to help developers.

Describe some of the greatest challenges you are facing in making the Way-C a success.

Our biggest challenge is just to get funding, because it’s needed to produce more products and for marketing purposes.

What is needed for Africa to become a serious player in the tech industry?

What does the future hold for VMK?

We decided to launch a tablet and smartphone. It’s done. Now I want to give all African households access to technology, and develop a new tablet for education priced at about US$100.

Posted by Unknown at 6:42 PM No comments:

Alien Architect, whose art work will be featured in the upcoming issue of Aesthetics Magazine, will be performing live at The Fire in Philly Tuesday Night. 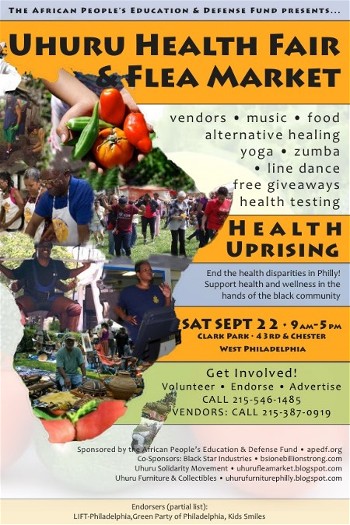 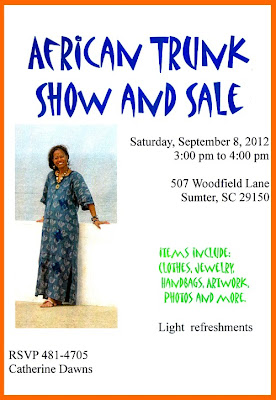