Acting Out at the Academy Awards 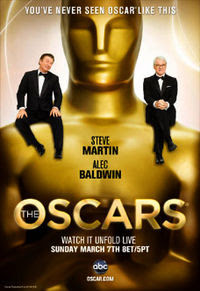 Images and their conveyances are two very significant tools used in the production of motion pictures. They are the conduits through which a story flows, the incubators of sentiment, they are the very perceptions that adhere to the mind itself. What is conveyed through them is long lasting, especially when reinforced through repetition.

Their ability to influence is well documented. In European/American culture what is referred to as play acting, drama, or theatrics are essentially spiritual apparati in Afrakan culture, used as a science to program the inner self. The discipline and self mastery needed to participate in these rituals necessitated that "priest" be the primary participants as such "acting" is considered sacred.

Why? Because the participants were invoking the masks of god. Method acting approximates a quantum of this spiritual science.

Let us examine the images the Academy chose to honor as they relate to Afrakan people in this first decade of the new millennium. 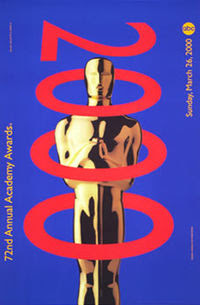 The new millennium's vision of Afrakans as recognized by the American Academy of Motion Picture Arts and Sciences starts with its 72nd annual awards show also known as Oscar 2000. Michael Clarke Duncan wins Best Supporting Actor for The Green Mile and Denzel Washington earns a Best Actor nomination for The Hurricane. The image of innocent Afrakan men being incarcerated resonates as this years theme.

A horrifying visage of Afraka in the film Black Hawk Down is the Academy's choice for Best Film Editing and Best Sound Mixing of 2001. 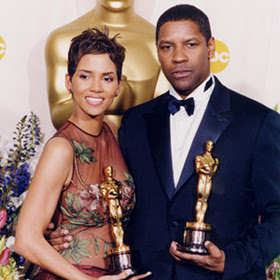 In its 74th awards ceremony in 2002 the Academy had two historic moments. The first was Denzel Washington winning Best Actor for his role as a corrupt police officer in Training Day. This was the second time that an Afrakan male won the Best Actor category. Halle Berry winning Best Actress, a first for this category, was the other historic moment. She won for her role in Monster's Ball in which she portrayed an impoverished mother, whose husband is on death row. To make matters worst, she has an affair with a white "racist" who just happens to be her husband's executioner. Will Smith was nominated for Best Actor for his portrayal of "The Greatest" in Ali. This biopic, while a more positive representation, failed to net any awards. The images that yield the Academy's highest accolade are the ones that should garnish little approbation.

Halle's character being saved by the compassion of a hate monger and the depths of depravity that Denzel's character displays are images of poor self esteem and egomania. 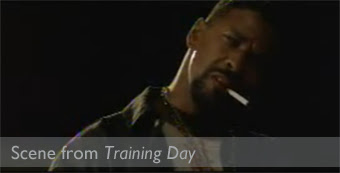 In 2003 the German produced Nowhere in Africa was recognized by the Academy as Best Foreign Language film. The film is about a European jewish family who move to Kenya to avoid Nazi persecution. The image here is one of Afraka as being a possible sanctuary.

The 77th awards of 2005 gave recognition for the flawless performances by Jamie Fox (who won Best Actor) for Ray, Don Cheadle (nominee for Best Actor) and Sophie Okonedo (nominee for Best Actress) for Hotel Rwanda. The Academy also recognized Morgan Freeman (Best Supporting Actor) for Million Dollar Baby. It would seem that both Jamie and Don were engaging in a bit of "ritual" for their respective biopics. Each personifying the method acting technique. The latter channeled the emotional essence of Paul Rusesabagina while the former seemed to possess the very soul of Ray Charles. 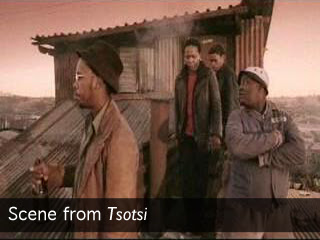 In 2006 Terrence Howard received best actor nominee for Hustle & Flow. The film won an Oscar for best original song It's Hard Out Here for a Pimp. Best foreign language film went to Tsotsi, a film that depicts in distressing detail what impoverishment and loss of cultural cohesion has done to Afraka. 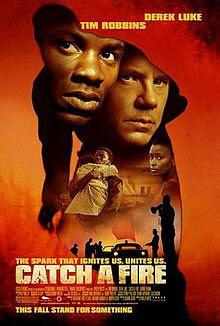 The 79th Academy Awards ceremony of 2007 yielded Best Actor to Forest Whitaker for Last King of Scotland and Best Supporting Actress to Jenifer Hudson for Dreamgirls. Djimon Hounsou and Eddie Murphy both received nominations for Best Supporting Actor for Blood Diamond and Dreamgirls respectively. The films Last King of Scotland, Blood Diamond and Catch a Fire with Derek Luke and Tim Robbins (a film the academy did not recognize) all depict an Afraka that is rife with poverty, hostility and gross atrocities. 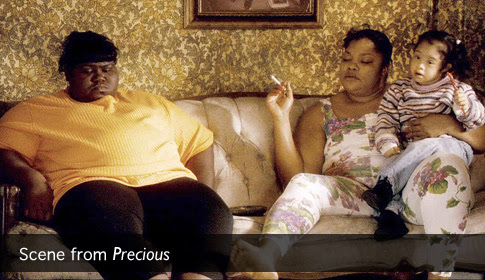 The winners were Mo'Nique as Best Supporting Actress in Precious, Geoffrey Fletcher Best Adapted Screenplay for Precious. The consistent images of poverty, neglect and abuse resound. Redemption or salvation achieved only through the compunction or resignation of those of European decent.

In conclusion the motion picture images of Afraka and its people at home and abroad as recognized by the Academy over the past near decade is one void of the intrinsic culture, its inherent diversity and a breadth of complexity that permeates Afrakan people the world over.

The images and subtexts of motion pictures have a lasting impact on the audience, especially youth who have less ability to discriminate between accurate and inaccurate portrayals, or to think critically about the aspect of reality being portrayed. For an ethnic group, Afrakans in particular, with a history of misrepresentation and even overt racist stereotyping, cinema reflects back messages of identity as well as their place within the larger social environment. The films chosen for consideration by the MPAA, typify a predominantly somber depiction of Afraka and her people. Afrakan centered racial pride, so necessary for self-esteem and thus success, are not fostered by this offering of film representations.We tend to look to media to both confirm and to educate our understandings of ourselves as an ethnic group. This suggests the importance of a group controlling and creating media forms to represent themselves accurately.

Posted by Unknown at 6:41 PM No comments: