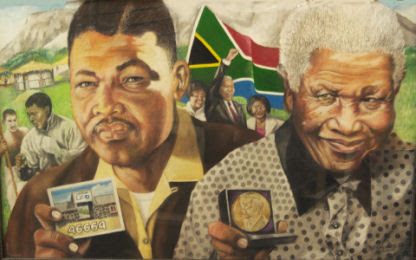 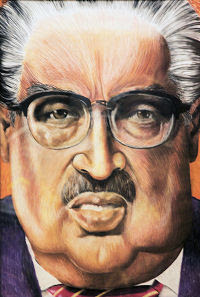 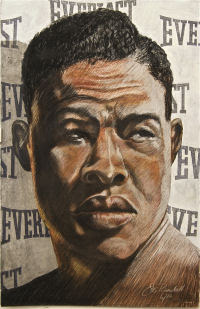 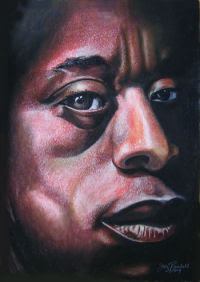 "This is NOT Mogadishu"

Joseph C. Randall's art will be featured in the spring edition of Aesthetics 6250 A.U. and of course on the Arts and Aesthetics Collective site. 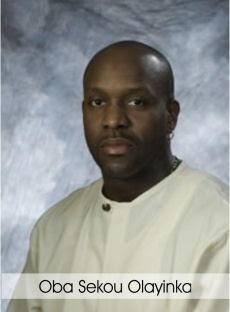 Founded in 1997, Egbé Ijoba Maroon Kilombo has a distinguished history of service both to the Òrìsà and Afrakan community. Our programs are multidimensional and include not only worship experiences that are unique in Afrakan life but also activities that are social, educational and communal in nature.

Most significant is the fact that we are a kilombo (community) and that we take with great seriousness what we feel is a special responsibility to pursue sovereignty and righteous living on the personal, family and kilombo level. Guided by tradition on the one hand, and by necessity and creativity on the other, we offer avenues of approach to Afrakan life and ritual in a manner that supports, strengthens and sustains personal needs, as well as the collective commitment of our membership.

Ultimately, our kilombo is founded on and dedicated to a sustainable community concept of sovereignty and righteous living. Our mission consists of three (3) interrelated parts:

1. Personal- to create an safe environment where ReAfrakanization (Rediscovery, Redefinition and Revitalization) occurs and where people can live and develop fully as human beings.

2. Family- to facilitate the formation, maintenance and growth of healthy, holistic and functional families.


For more info visit: Egbesankofa.org
Posted by Unknown at 3:20 AM No comments: 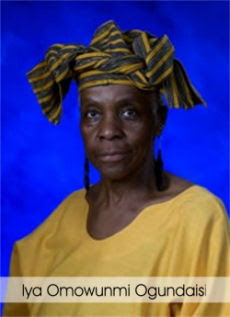 The Ijoba Shule's mission is to teach students to be responsible handlers of power in service to the Divine, nation, community and family. We believe that a life is meaningless unless it is lived in service to something greater than oneself, hence one of our school mottos: Not for oneself alone.

There are four (4) major tenets that support our mission:

Traditionally educated in a nurturing but challenging environment, Ijoba Shule students radiate confidence. The foundation for students development is the Yoruba concept of "Amaluwabi," which weaves together year-by-year and subject-by-subject the components of an Ijoba Shule education. Studies in music, dance, art and various languages are offered in the lower grades and gain rigor and nuance as our students mature. Math and Science move from acquiring facts to mentally challenging theories that require proof. Values and the character they impact are nurtured grade-by-grade. 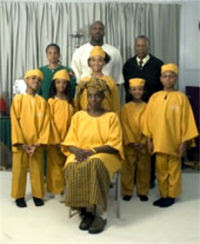 In addition to our character-building and academic mission, The Ijoba Shule, as an outgrowth of Ile Iwa-Pele (House of Gentle Character) spiritual community, is fully committed to the sentiments and practices of traditional Afrakan values, which are integral to the life of the school and our community. The traditional influence manifests itself daily in the practice of libation, ancestral remembrance and respect and Pan-Afrakan confraternity to name a few. The Shule is under the care of Egbe Ijoba.

We trace our roots to the existence of the nations first segregated post-Bellum, one-room schoolhouses through to the growth of Independent Black Institutions (IBI) in the 1960s and 70s. We opened our doors for instruction in Fall 2005.

For more info visit: Ijobashule.org
Posted by Unknown at 2:20 AM No comments: 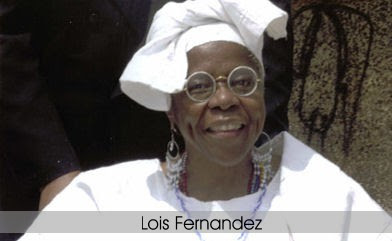 ODUNDE, has gained a reputation as one of Philadelphia's brightest cultural jewel. The word ODUNDE originates with the Yoruba people of Nigeria, West Africa. It means "Happy New Year". The ODUNDE festival is an occasion marked by joy and hope, a joy which is highlighted by a colorful procession to the Schuylkill River (at noon) where offerings of fruits and flowers are made to Oshun, the Goddess of the River. The religion, called IFA, embraced by the Yoruba people is very old. It involves the worship of one God and 401 orishas. Included in its three tiers of worship is “ancestor remembrance” in the offering of libations, divinations and other such acts. 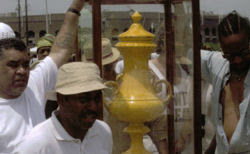 OSHUN is one of the orishas worshiped in the Ifa religion. She is one of the youngest orishas and is a female energy. As orisha of the river, she represents beauty, vanity, sensuality and attractiveness. Everyone is invited to participate in the revered processional to the river.
The offerings to OSHUN is one of the sacred aspects of ODUNDE, During the processional to the river praise is given to all orishas, in the Yoruba language, especially to OSHUN. Oriki, (songs) are sung in a particular order with the BATA, special two headed drums used only for special occasions. 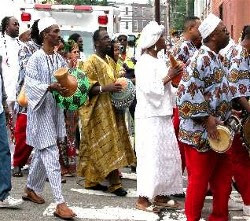 Once the processional reaches the bridge, incantations and prayers are offered in Yoruba. The Priest or Priestess ask OSHUN if our offerings are acceptable. Once a positive response is interpreted participants are given instructions to make their offerings.

For more info visit: Odundefestival.org
Posted by Unknown at 12:51 AM No comments: