New Avengers continues to hedge in its depictions of the Black Panther's prowess and abilities. Off panel fights notwithstanding, Tchalla is repeatedly cowed by Namor's pomposity making his death threat seem all the more impotent. This coupled with his being seemingly oblivious to Black Swan's pretentious swagger which masks her all too subtle manipulations of he and the rest of his Illuminati. Add to this his younger sister doing all the counter striking further distancing him from ever regaining the throne. 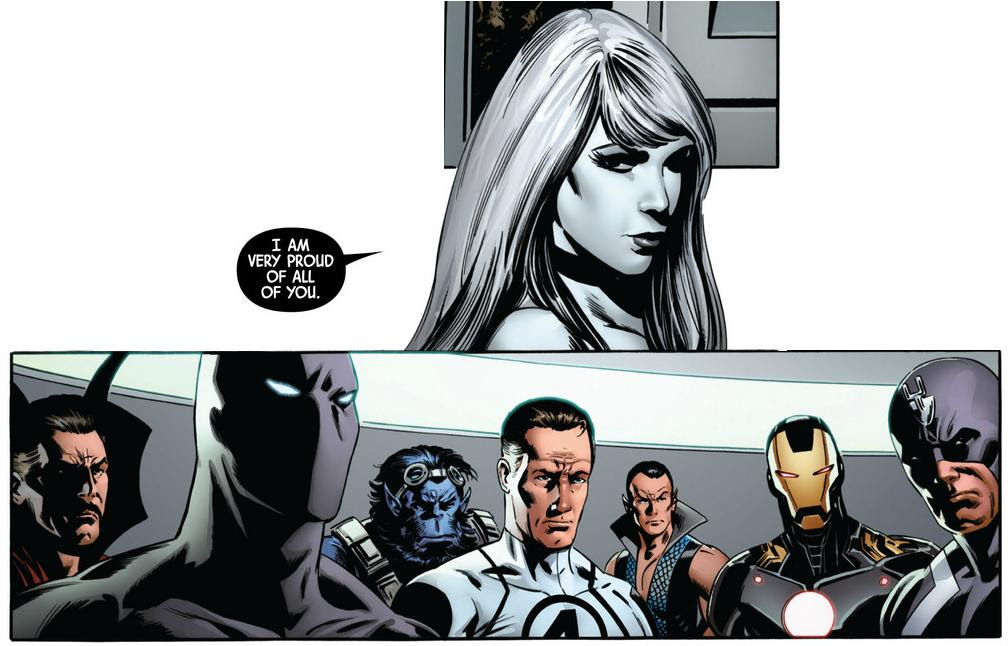 Tchalla is not even given the courtesy of utilizing his own transportation. If I have to witness the Black Panther being carried in Dr Strange's magic sphere or hitching a ride in the fantasticar I don't know what I'm going to do. 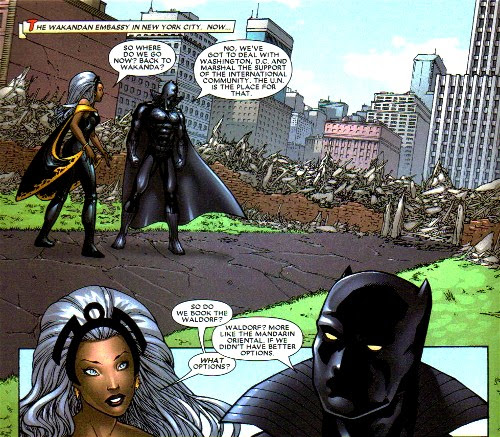 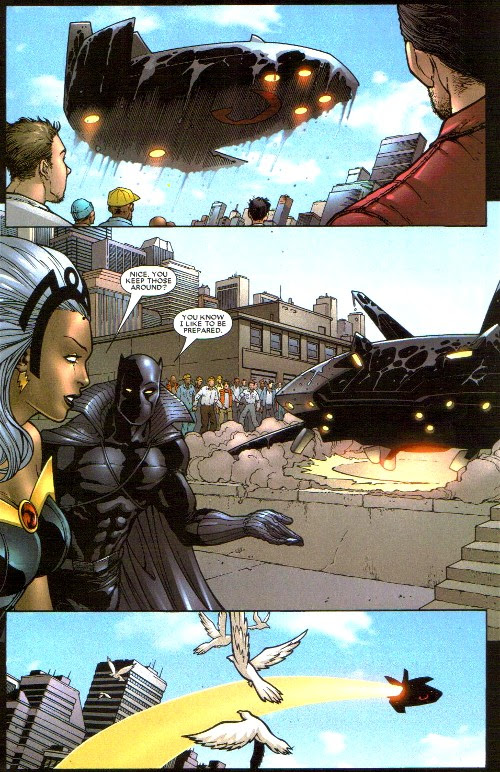 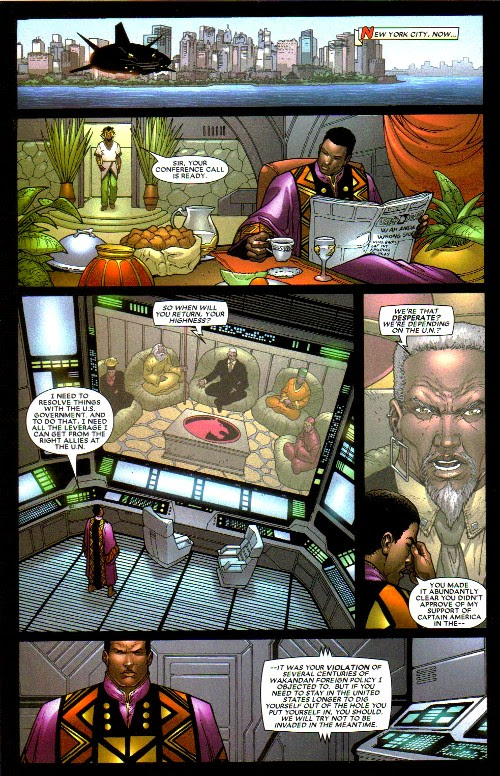 I think both Reed and Stephen would enjoy the comfort and luxury of an N'Yami battle cruiser or Tchalla's personal transport. 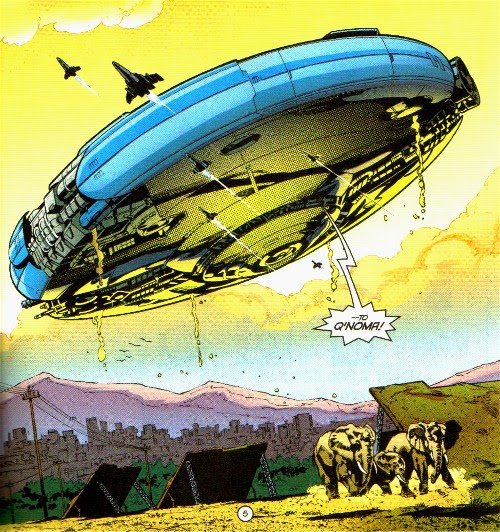 The Black Panther forlorn and seen as a betrayer by the Hatute Zeraze, the Dora Milaje and worst of all by Shuri. Who does he turn to? Reed Richards, his new soul brother? The Illuminati? Does Namor become some twisted confidant? Will the nights in the Necropolis become so cold and lonely that in his destitution he seeks the companionship of Black Swan? Observe how easily Tchalla is being primed for isolation and detachment from Wakanda. This is a major misstep. Now is the time to utilize Tchalla's Techno-jungle. He secretly traverses Wakanda via it's subterranean tunnel network. It is here that Tchalla conducts experiments in vibranium and shadow physics explaining his new force field and ability to teleport. 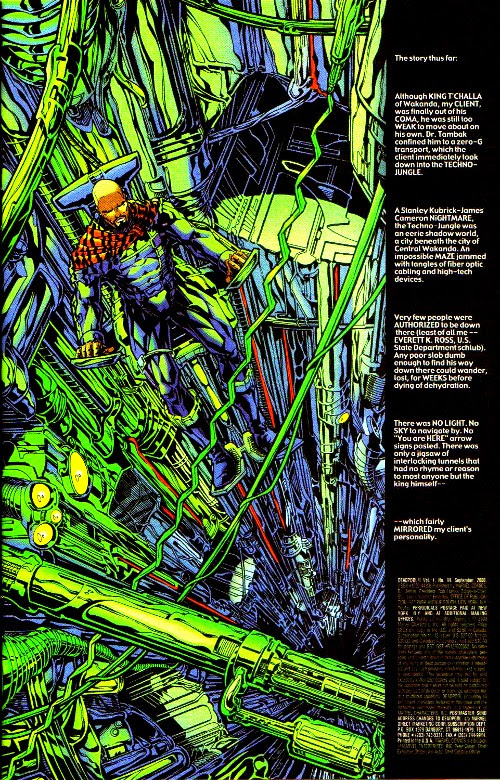 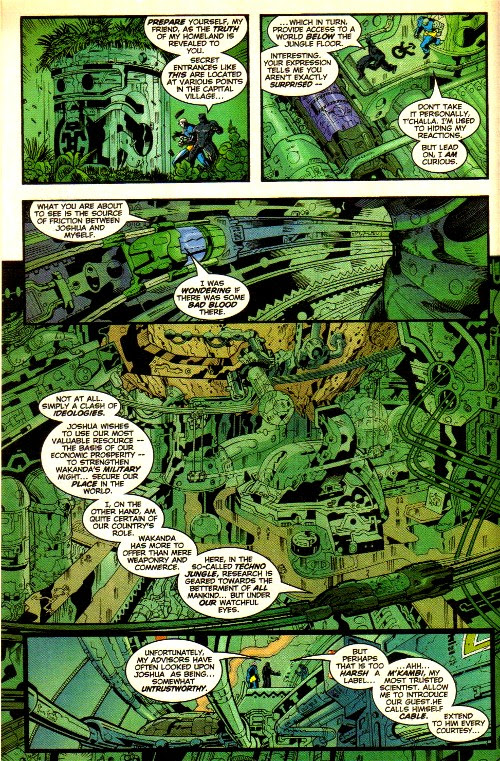 Depict him training, testing the limits of his superhuman strength and show him moving at super speed. Let's see Tchalla working on his personal arsenal which includes cloaking, morphing light armor , energy daggers, anti-metal claws, morphing vibranium micro-weave panther suit and vibranium field generating boots. Retcon the Tecno-jungle as a secret location that only he, Shuri, the queen mother and two Dora Milaje know how to access.

Thus the opportunity presents itself to reintroduce Okoye and Nakia. Since a love interest is needed, these are the two best candidates. Nakia for all the obvious reasons as she is an outcast Dora Milaje who Tchalla shared mutual love and affection with. 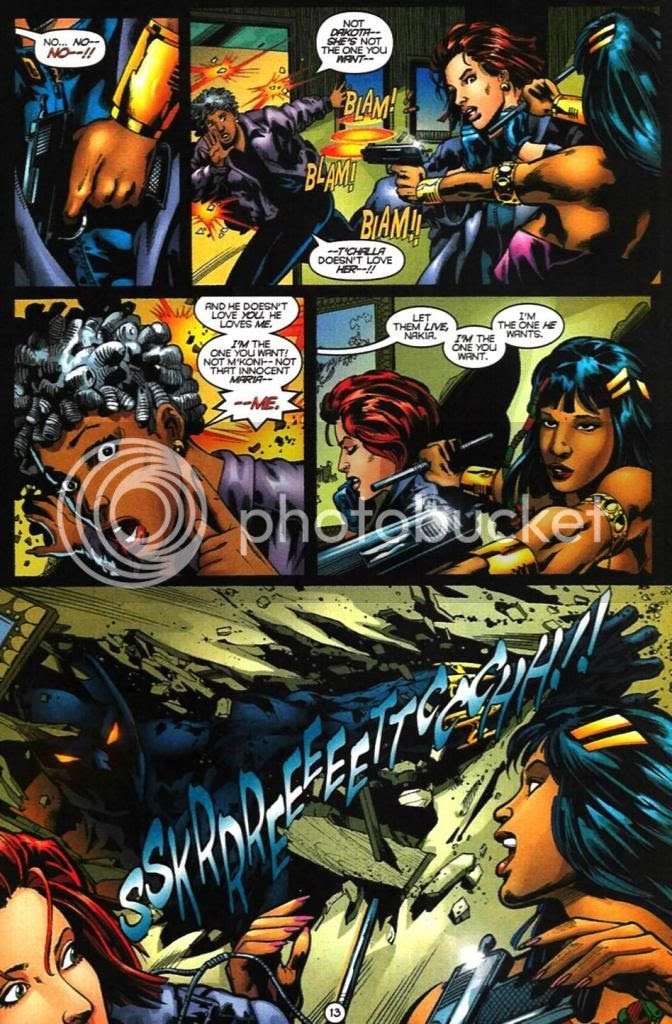 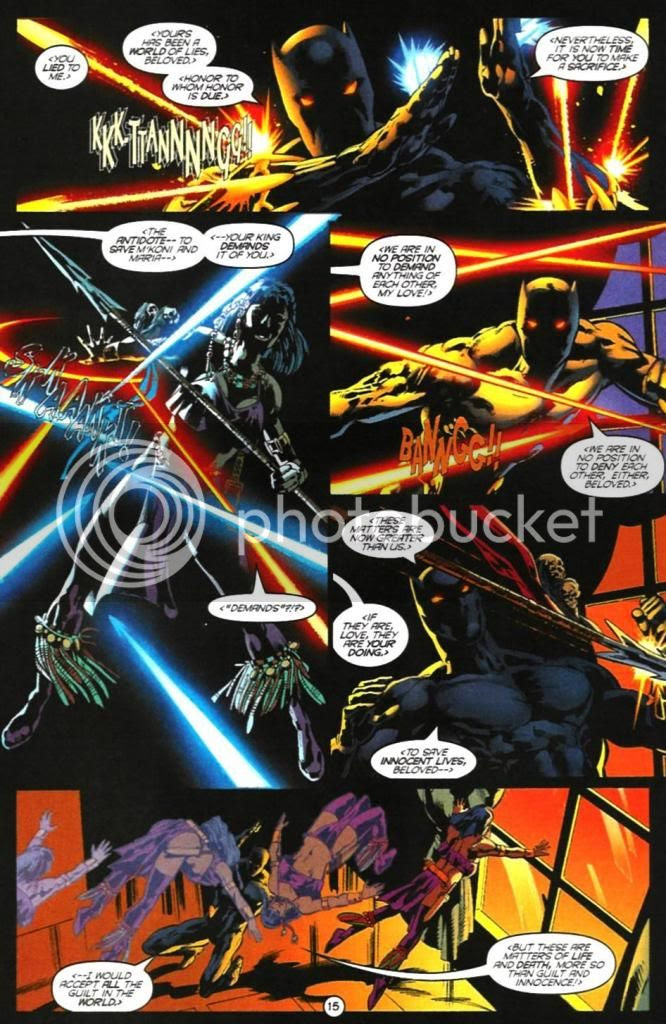 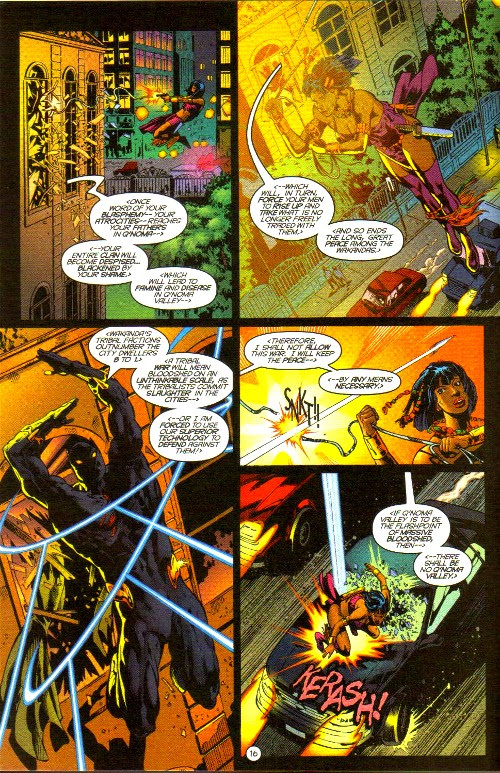 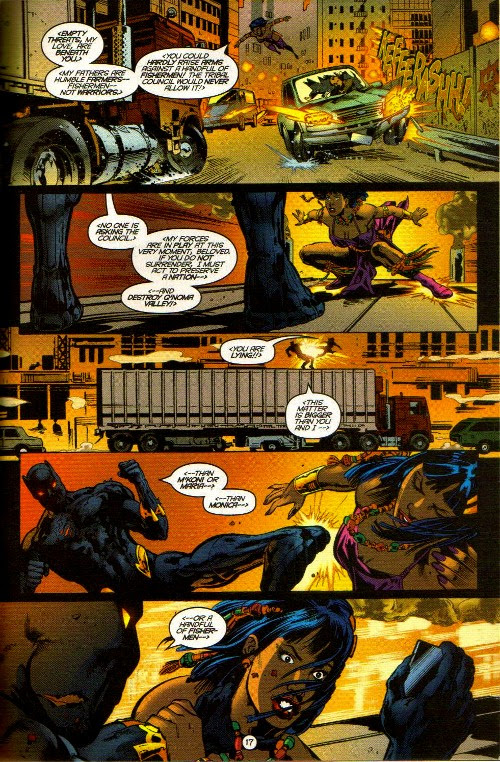 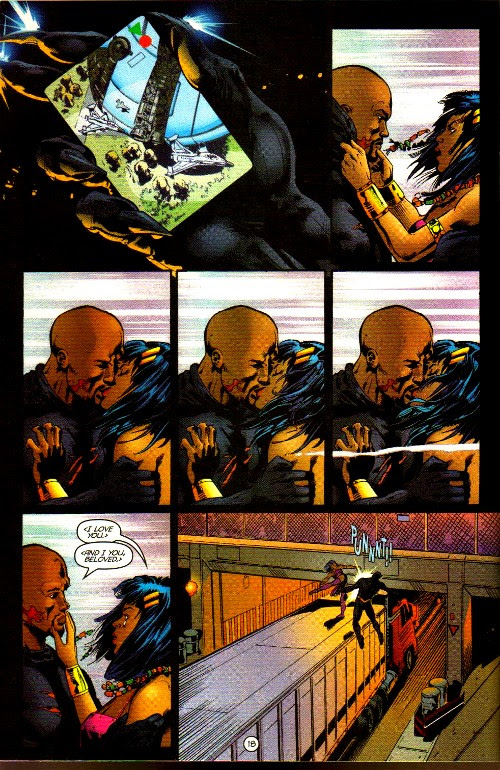 Juxtapose her with Okoye for counter-balance and Tchalla is involved in the ideal love triangle. Tchalla now has his Betty and Veronica, his Gwen Stacy and Maryjane.

In conclusion the Black Panther requires three things...a writer in possession of a competent grasp of Afracentricity and who understands the inherent traits that should consistently define the character. Second, an artist capable of expressing the diverse aesthetics of Afrakan people and finally some serious marketing to the "so black" demographic. 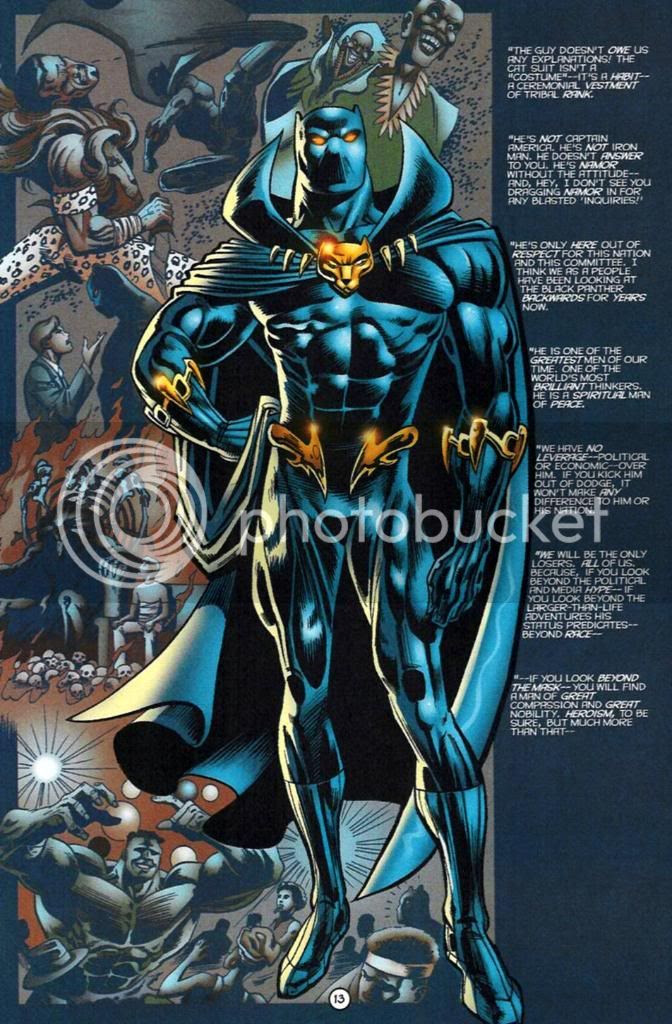 Posted by Unknown at 5:30 AM No comments:


The comments previously mentioned are predicated on Tchalla the Black Panther being king of Wakanda.

The definition of warrior king as outlined by the Wakandans is grounded in the fact that their leader (king, queen or both) explore all possibilities that may represent a potential threat.

What is most pertinent is the royal demeanor and imposing stature that warrants kingship. 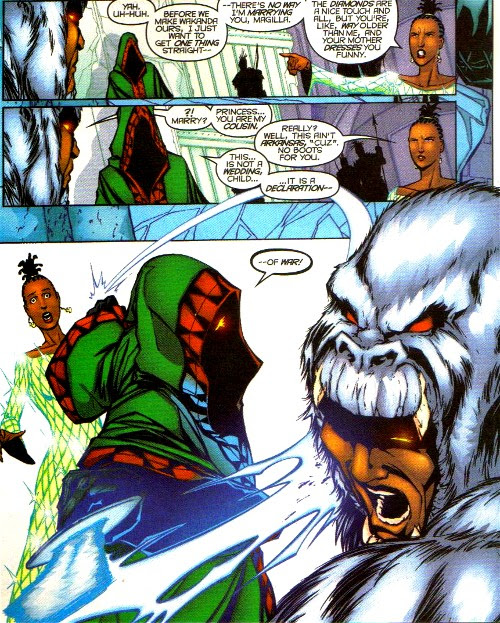 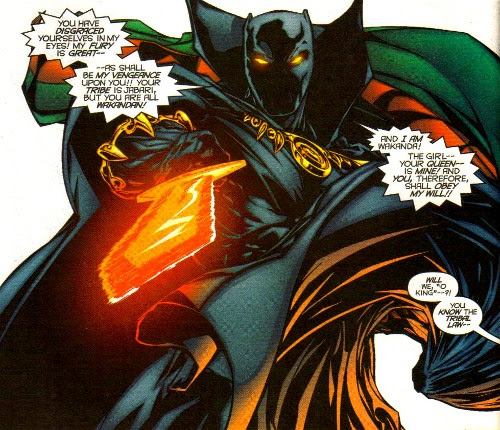 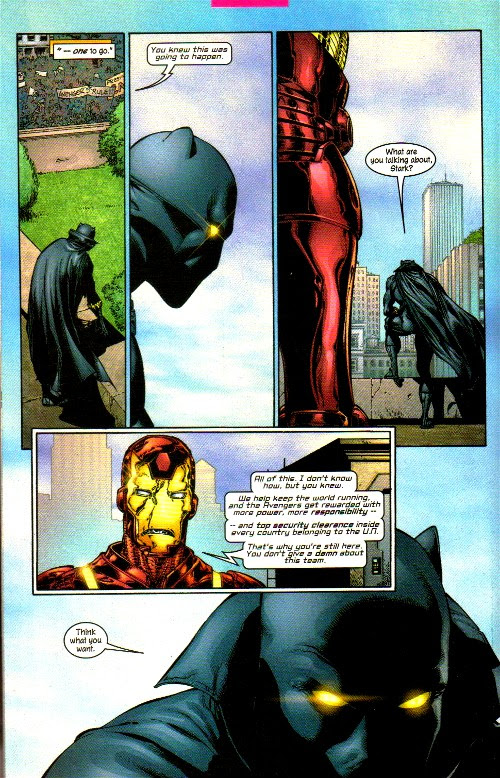 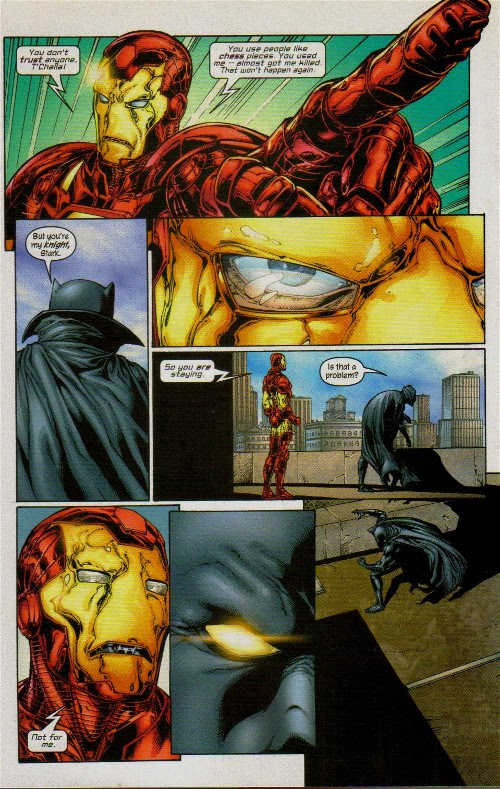 Being king of Wakanda is a power Tchalla the Black Panther should never loose. King of the Dead (whatever that entails) should be a complement not a substitute. As a replacement it's like Stark using other tech and not armors or Superman teleporting instead of flying. Being king is a political tool and a necessary power that is endemic to who the Black Panther is.

The Wakandan society, which is tens of millennia old, should be a well structured paragon of high civility, especially by what is now the twenty first century.

They should be well beyond all that usurpation nonsense; avoiding all the pitfalls that plague contemporary Afrakan societies. Wakanda should be immune to western imposed contrivances at cultural and militaristic domination and invulnerable to the Afrakan states that have succumbed to such a fate. 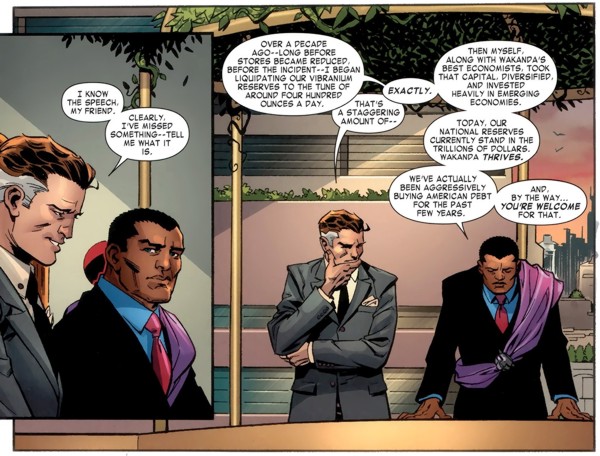 To Be Concluded...
Posted by Unknown at 7:30 AM No comments:

There are 13 reasons to date why the Black Panther requires his solo ongoing series and they are all to be found in the pages of New Avengers. Hickman, like Liss before him, has attempted to return weight and stature to Tchalla. Just as Liss' Black Panther was in need of extrication from an odious premise, Hickman"s Black Panther requires procurement from an ill-fitting team format.

To stay in a team book without a solo series will continue to stifle the necessary expansion of the Black Panther and his world. There is simply not enough panel space to properly display the scope of the character in a group book without supplementation of an individual ongoing. The team format works well for new or under-developed characters but not for those well established in their own mythos.

This begs the question; Does the Black Panther need to be part of the Illuminati? Not out of the New Avengers book but off team Illuminati. I say he does. IMO the Black Panther works best as an independent sovereign with his own agenda and with Wakanda being an insular society under his protection. This credentializes Tchalla's mystique, attitude, motivation and objectives. Does this preclude the Black Panther from interacting with the "new" Avengers? Absolutely not but it makes lucid his reasons for being with them; thus removing the passive, inactive, forlorn Panther and inserting the proactive, preemptive, assertive Black Panther. 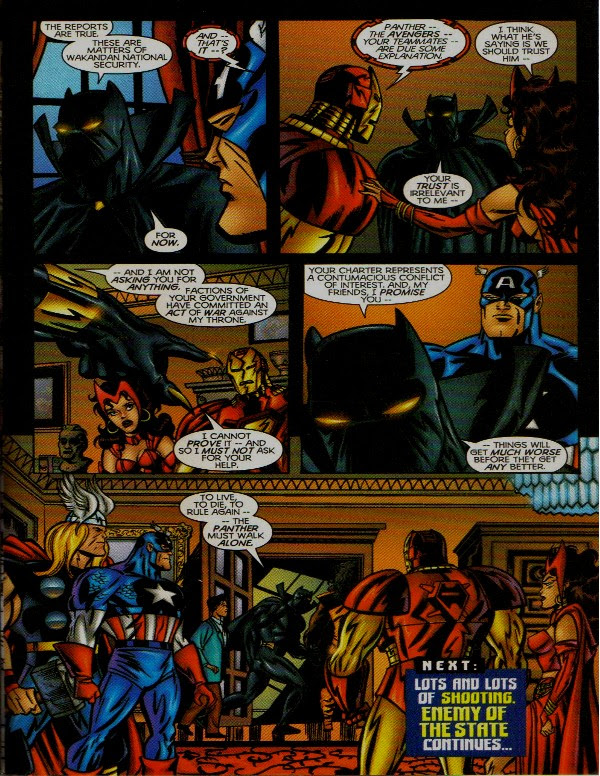 The moral directive of the incursions and its dilemma imposed on Tchalla is external and debilitating. Sure as a plot device saving the multi-verse is useful but so is one about saving Gotham. Tchalla's reasons for not joining the Illuminati in the first place should still stand. The Black Panther should be motivated by the internal, underlying imperative of what is in the best interest of Wakanda. 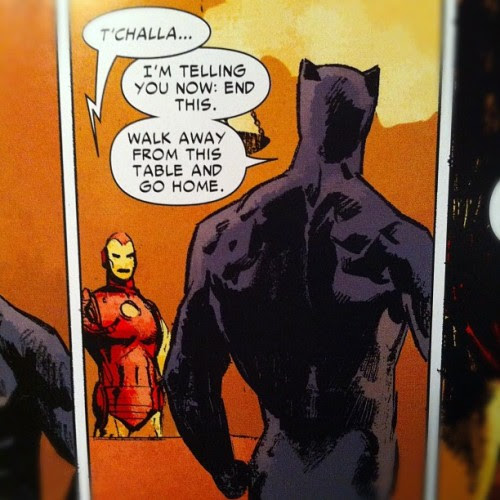 Posted by Unknown at 1:30 AM No comments:

Afrakan Men and Women... Staying Together: Some Stats It is Asian women who have the highest rates of intermarriage which is twice that of so called Black men. So called Black women were the least likely to marry outside their race at only 4.6% in 2010 up from 3.6%, and only 3.9/% married to White men up from 2.8 in 2005.

Percentage Who Married Someone of a Different Race/Ethnicity, 1980 and 2010*

Note: "Other" includes American Indians, people identifying with more than one race, and "some other race."

Posted by Unknown at 2:17 AM No comments: