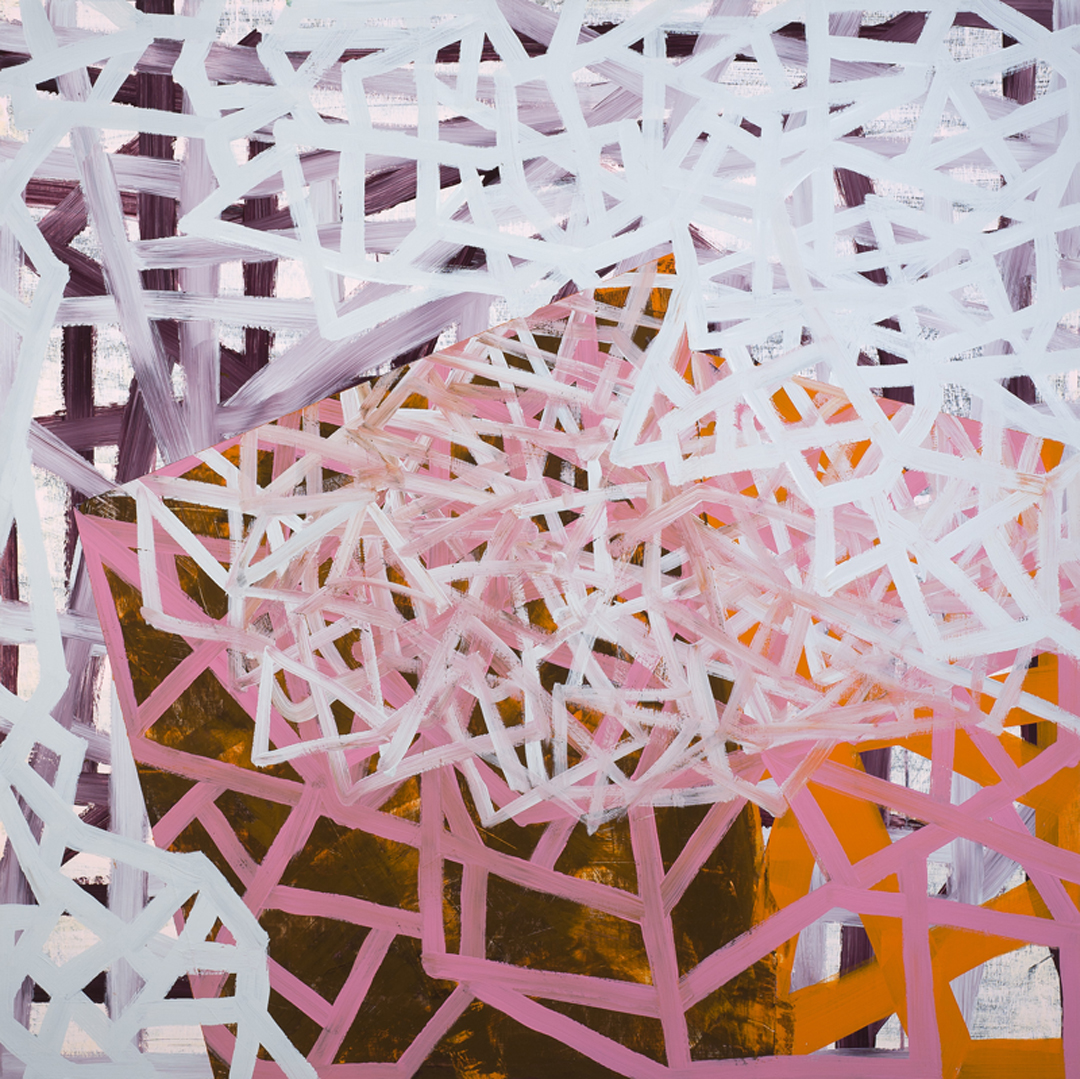 Tim McFarlane presents his new upcoming solo exhibition "Presence", which consists of works completed between 2012 and 2013. The new paintings explore themes related to physical and sensory experiences involved with identity and place.

Posted by Unknown at 7:22 PM No comments:

Overall a good read. Can we be witnessing the genesis of positive relations between the Wakandans and the mutants? Time will tell. 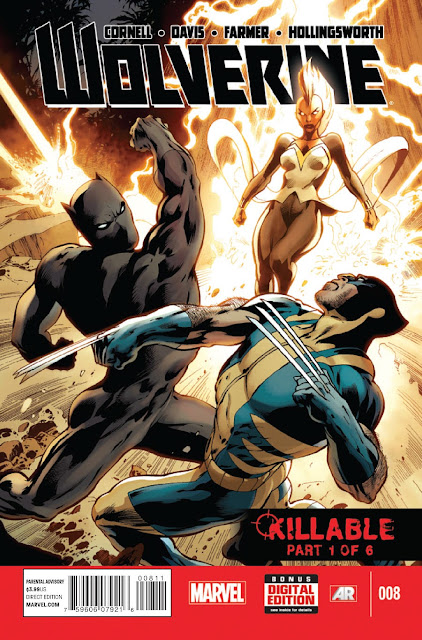 After a successful 30th African World Festival that brought 100,000 attendees to the Charles H. Wright Museum of African American History, AWF will be celebrated once again on the grounds of The Wright Museum with performances, poetry, arts and crafts, African drumming and dance, hundreds of vendors, ethnic foods, and events for all ages, including an expanded Watoto Village for the youngest among us! 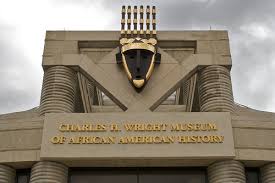 Some info about the The Charles H. Wright Museum of African American History.

It is the world's largest institution dedicated to the African American experience!  The Charles H. Wright Museum of African American History provides learning opportunities, exhibitions, programs and events based on collections and research that explore the diverse history and culture of African Americans and their African origins.

Founded in 1965 by Detroit obstetrician Dr. Charles Wright, this 125,000 square foot museum is located in the heart of Midtown Detroit's Cultural Center.  Key to the experience is And Still We Rise: Our Journey Through African American History and Culture, the Museum's 22,000 square foot, interactive core exhibit, which attracts and enthralls thousands of visitors per year.  Thousands more enjoy a wide array of spectacular events including concerts, film screenings, lectures, performances, community health & fitness classes, and so much more!

An amazing adventure of history, art and achievement awaits you or your group at The Wright Museum™!

Posted by Unknown at 7:34 PM No comments:

The thing about the Marvel universe is its diversity. Not just in the coloquial sense but in its unique origins and descriptions of their characters and they places they occupy. Look at the distinctiveness present among this sampling of superheroes; Spiderman, Hulk, Ironman, Daredevil, Silver Surfer, Punisher, Iron Fist, Captain America, Dr. Strange, the Fantastic Four, the X Men, Black Widow, Wasp, Ms Marvel, Red Sonja, Dazzler and Elektra, In addition to the fore mentioned, Marvel teams radiated interesting group dynamics. I cite the Avengers, the Defenders, the Inhumans, the Champions, the Invaders, Alpha Flight and S.H.I.E.L.D.

While the Daily Bugle, the Baxter Building and Stark International were cool hangouts, there were places that were extremely different and unique from New York city USA. Places like Atlantis, Asgard, Attilan, the Savage land, the worlds of the Kree, the Skrull and the Shi'ar. From the center of the earth with the Moleman to the moon with the Watcher; all the way across the galaxy with Galactus. From the negative zone to the dreaded dimension of Dormamu.

Marvel covered white men and white women. They covered Asian men (Shang Chi) and Asian women (Karma). They covered Hispanics (White Tiger) and Native Americans (Red Wolf). They covered gays with the outting of Northstar. The Jews were represented by Magneto. They explored the bounds of artificial life with robots (Ultron), androids (Vision) and cyborgs (Deathlok).

Last but far from the least Marvel addressed the precense of Afrakan so called black superheroes. Luke Cage, the Falcon, Storm, Brother Voodoo, Blade, Misty Knight, Black Goliath, Monica Rambeau, the Living Mummy, Night Thraser and War Machine. Through these and others, Marvel has explored interracial relationships; Misty Knight and Danny Rand, Cloak and Dagger, Luke Cage and Jessica Jones and newbies Storm and Wolverine. Marvel even explored inter-species relationships with Professor X and Princess Lilandra of the Shi'ar, Johnny Storm and the Skrull Lyja. They even breached the frontier of human and machine relations with the Scarlet Witch and the Vison.

It is plausible that all the above mentioned Marvel characters came with a certain familiarity and accessible resources for reference that facilitated the writings of each. This comfort allowed for the development as well as an almost organic evolution of these characters. This being self evident in the most popular among these creations. There is however one character that I've yet to mention where such may not have been the case. A character whose unique heritage and cultural depth was such that not even Lee and Kirby themselves could fathom it. This one character and his locale I appreciated above all those previously stated. That character is the Black Panther and his nation of Wakanda.

The Black Panther, a Wakandan male or female is the heriditary ruler of a highly advanced Afrakan nation. A polymath in the Afrakan spiritual, scientific, technological, political, social and economic arenas. Possesing super human mental disciplines, strength, speed and agility. Ritualistically connected to one of the oldest Afrakan deities in existence. Master strategist and tactician. Multilingual. Eidetic memory with the ability to tap the memories and experiences of all past Black Panthers. Martial artist par excellence.

Wakanda, an ever sovereign Afrakan nation at the pinnacle civilized development. Its citizens having never experienced the ill effects impoverishment, live crime and disease free. The people of Wakanda are licenced to pursue the arts and sciences to limits only imagined by other countries. Wakanda's culturel evolution earmarks the zenith of Afrakan society reflecting a socially mature, technologically advanced, resource rich, ecologically sound paradise.

This brings me bakc to JRCarter's post and the response he recieved while posting at Millarworld. The response in part said:

Quote
BP is to my mind a good Jack Of All Trades type, rather than a full on iconic dude for one archetype. He's got the tech, but also the athleticism, and the regal epicness. But that's basically him spending points in each of Iron Man, Captain America and Thor's talent pools.

This has some validity because they later said this:
Quote
Race aside, he doesn't bring anything new to the table...

Focusing on the bolden; this is the crux of the situation regarding the Black Panther. What he brings to the table is thoughtlessly cast aside. Downplaying, ignoring or intermintent casual references to race remove the defining essence, the essential trait that is the Black Panther and Wakanda. Thus absent of his unique heritage, cultural nuances and ethnicity I can see how he would bring nothing new to the table. Afrkans are constantly tasked and perpetually discouraged to assign any value to who they inherently are. The Black Panther giving up being Afrakan is analogous to the X-Men giving up being mutants.

This is why Priest came up so limp to me when he stated he wanted to be a writer not a "black" writer. There is no such thing as a writer, that's just shorthand for "white" writer. I have yet to hear or read about the white writer who doesn't want to write just white characters.

The Afrakan (so called "black") writer (or a writer who is not Afrakan but chooses to write an Afrakan character) has the responsibility to tell the truth. Truths like so called ancient Egypt was an Afrakan civilization, not founded by the current dominant ethnic group or by aliens and other such nonsense. Write the truth that Afrakans had ships and sailed around the world, that they had writing systems, advance religious teachings and lived in stone edifices with plumbing. They had beautiful and enticing sexual practices, and a multitude of indigenous aesthetics. Simply tell the truth.

Hip Hop culture (while a part of the Afrakan experience) is not enough for the breadth and scope of this character and the people he represents. The Wakandans are not African Americans, Black British, Jamaicans, Nigerians, Egyptians, Kenyans or Azanians; all of which have been under the yolk of enslavement, colonization and cultural imperialism. The Wakandans symbolically represent the unicity of all Afrakan people having achieved the pinnacle of Afrakan nationhood unfettered by those who would oppress them. There in lies the diffference. No mutations, no scientific mishap, no displaced alien. Just a group of powerful Afrakans.

There remains much hesitancy and apprehension in portraying Afrakan men and women under their own cultural auspices. In the universe of fiction (movies, tv, books, comics etc.) you can find so called black men and women as presidents, business persons, drug sellers, priests and priestesses, impoverished urban dwellers, gangsters, athletes, performers, pimps (can't forget the hoes), cowboys and aliens, war macines and mutants. They're available as gays and lesbians, geeks and nerds, Vulcans and vampires, gladiators and satyrs...so long as it is in the purview of European, American or Arab patronage.

Ignorance and prejudice feature prominently in curtailing the expansion and exposure of this unique character. Fearing the potential of the Black Panther does nothing but fray the fabric of his being. The Black Panthers and their nation Wakanda while rare, are in the forefront of popular fiction. Witness how well his DVD sold. While they have yet to actualize their full potential it is often reward enough to view them properly and well written as a sigil of a sovereign Afrakan people. Unashamedly, unadulterated and unconquered.
Posted by Unknown at 10:55 AM No comments: