Odunde Festival 2012 kicks off with a week of activities not to be missed. 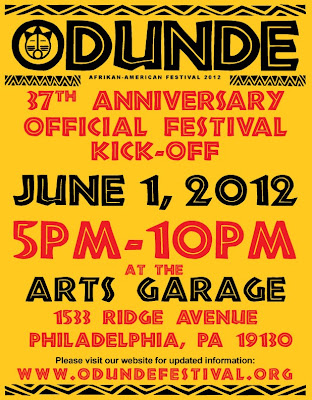 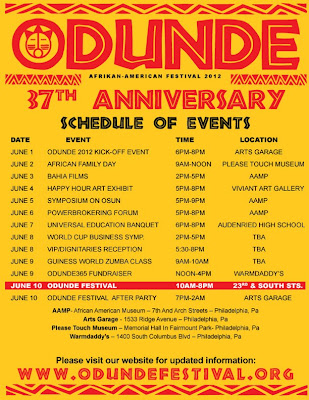 A New Documentary on The Spook Who Sat by the Door 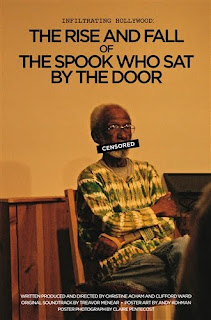 Although often satirical in presentation, the film was still considered too dangerous for black consumption. In the era of J. Edgar Hoover’s COINTELPRO, exhibitors reported that the FBI and local police demanded the cancellation of screenings and most copies of the film were destroyed. The film exists today because director Ivan Dixon hid the masters of "The Spook" in a film vault under a pseudonym. "Infiltrating Hollywood: The Rise and Fall of the Spook Who Sat by the Door" reclaims the lost history of the film and the people behind its powerful story. (57 minutes, 2011) 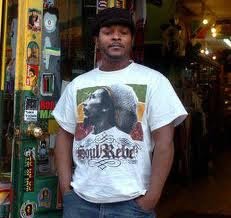 As is often the case, death comes unexpectedly and with great impact. Brother Ahmed Tahir passed away this past May 5th and he will be genuinely missed. Ahmed was one of the last people we were expecting to hear had transcended. After all, he was supposed to come down and see the campus after completion.


There may not have been a Sekayi and Ture were it not for Ahmed, as he was instrumental in our meeting. It was through his organization, N.A.P.U., that we first met.

My cousin (the same one who invited me to participate in N.A.P.U), was one of Ahmed's oldest friends. He called to inform me of Ahmed's expiring from cancer, of all things. The last time we talked to him he didn't let on that he was sick, as was his way.

While Ahmed is memorialized we are left with the memories of late night meetings, cultural debates, hours hanging out at Pearl of Africa, hanging out at Crimson Moon, 2 am visits to watch conscious films, poetry slams on Friday at Zion Train and the myriad events he organized such as African independence Day. Ahmed was excellent at motivating people to come together.

We sincerely hope that his memory is kept vital in the lives of those he touched. His vision for a cultural cohesion between the different sects of Afrakan groups is a noble one that should be realized. He often said that “we are a global people,” reminding us not to dismiss idly the streams of African influence in the world.   Brother Ahmed, you are missed -Ture & Sekayi 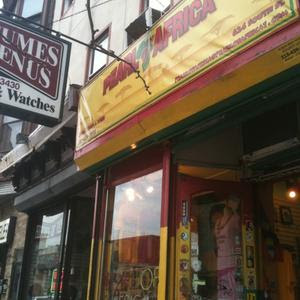 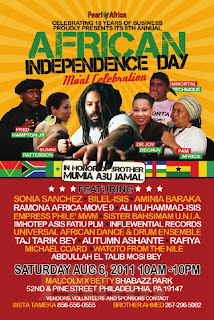