Part 1: Wall Street is an address; Why we occupy

Posted by Unknown at 5:41 PM No comments: 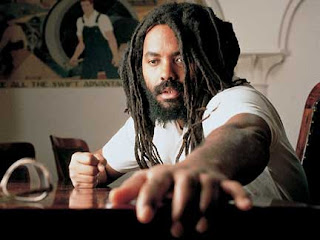 PHILADELPHIA (AP) — Prosecutors on Wednesday abandoned their 30-year pursuit of the execution of convicted police killer Mumia Abu-Jamal, the former Black Panther whose claim that he was the victim of a racist legal system made him an international cause celebre.

Abu-Jamal, 58, will instead spend the rest of his life in prison. His writings and radio broadcasts from death row had put him at the center of an international debate over capital punishment.


Or watch Democracy Now for more